Week 41 – And on into Switzerland

Still in the warm hospitality of our couchsurfing hosts in Oberweir, near Ettlingen, we started the week with a chance to explore the fine city of Karlsruhe, in Baden-Wurttemburg.   Alex loaded us up into the Citroen Picasso, and took us into the green centre of the city, which radiates out to the south of a vast green park centred on a baroque castle/palace.

The park stretches in all directions, lawns and oaks and a lake, student cyclists whirring past on their way to lectures in any of several campuses spread across the  city.  On a Monday morning, the boys have a playground to themselves, and burn off some energy on the epic rope pyramid.

We wander back to the city, find a place for nine euro haircuts and a rather pleasant cafe.  A short stroll and we are in the heart of the city, confident and calm with clockwork timed trams and a market going on in the square, as it must have for centuries.  It’s Germany getting on with the 21st century.  We have lunch of Wurst and bread and mustard and potatoes and apples from a street stall.  Our S-bahn home is interrupted when we spot a toyshop and pile off to spend an hour perusing the toys and a huge range of ‘euro-style’ board games of the like we haven’t seen in months. Small boy heaven and fun for the big kids too. 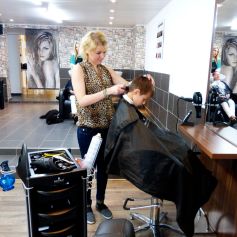 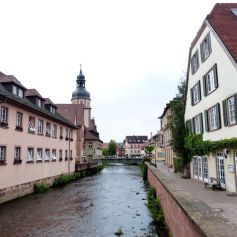 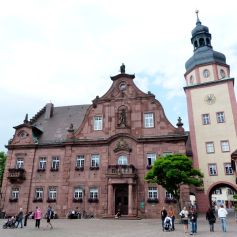 Clambering aboard the tram again, this one takes us to Ettlingen which itself deserves a good look.  Restored medieval squares flow the course of an energetic river plunging down from the Black Forest, heading inevitably westward towards the Rhein.   We grab some shopping and head back to cook dinner for the whole household, share some laughs and a great conversation which involves the family’s various projects to construct a Tesla coil, a 3D printer and a home made oven.  The evening switches to entertainment, and a Linux-based karaoke/singstar system is fired up, favourites in German and English belted out.

The next day Alex drops us at the Karlsruhe Hauptbahnof, and, armed with some good tips, we negotiate the subtlties of the Baden-Württemburg Pass, which will get us all to Switzerland for only twenty seven euros, given a careful route plan which keeps us inside the State…  The train whirs down the line, which describes the Franco-German border and then swings south east through the Black Forest and skips briefly past the highest waters of the Donau (Danube).  We change at Singen, before heading west again, along the Swiss-German frontier before sliding into Basel.

At Basel we stop to extract some Swiss Francs and hand them straight over on the eye-wateringly expensive but stunning train network.  Past experience has shown us that pre-planning the tickets is the best option, and we book through our Swiss leg all the way to Lyon for a slight discount.  A least the wallet weighs less…

A is for Aarau…

We finish for the day in Aarau, where we are met at the station by the cheerfully optimistic Tobias and his young sons Killian and Keegan.  They’ve skateboarded and scootered to the Bahnhof, and brought a trolley in case there are any heavy bags: very cool.  It’s a short walk to their place, Tobias’ wife Susanna is cheerfully waving from the top floor of a three storey house where they keep their apartment.  These guys are experienced couchsurfing hosts, and soon we are all being plied with home made food and drinks, whipped up in the very productive kitchen which blends seemlessly into a converted attic living space.

With Tobias and Susanna the transition from strangers to friend is over almost instantly, and this extends to their boys, who are soon playing with ours, sharing opinions and toys. These guys add couch surfing to their busy lives to add a new dimension and save their social circle from getting “too square”.  Along with their attitude towards their children – they are treated like small and blossoming people – it’s an inspiring way of travelling while at home, building networks of like minded people who may cross paths for a few days or for much longer.  Tobias and Susanna make you reflect on what matters – actually doing the things we all say and aspire to.

In Aarau we were in indulged with great food and wine: the irrestiable cheese platter; crepes from the kitchen of a man who has cooked them for a field full of concert-goers; tiny fresh strawberries from the roadside; and of course, tasty morsels of Swiss chocolate.

In a mere two days we made friends and explored the town – perched on a crag overlooking the swiftly flowing Aare river – with its giant railway station clock and a splendid medieval old town and a high school that counts Albert Einstein among its students.

…and B is for Bern

On Thursday, we strolled to the railway station and waited for the predictably on-time Swiss train to arrive.  It whirred through the postcard hills, woods and villages of northern Switzerland, once again joining the valley of the Aare at Bern, the understated capital and fourth largest town of Switzerland.  We’d taken an earlier train than initially planned, so had a short wait in the station, but soon we saw the familiar face of our friend Regula, with whom we had become good friends over the years since we met her on a previous trip, at that time she was based in Lausanne.

Regula directed us through the mid-morning hubbub of Bern, and out onto the square above the station.  From there a bus whisked us to a quiet suburb where she keeps her apartment.  Once again we were instantly at home, welcomed with great coffee and a hearty lunch.

We settled the lunch down (a bit) with a post-prandial walk to…Bern’s best ice cream shop (I said a bit!), deep in the student district.

A casual lunch at Regula’s

Fondue – yet another way to eat cheese

There’s lots of ice in Switzerland

The next four days were a chance to renew our friendship with Regula, a well travelled host who had planned some great activities in Bern – a walk through the old city, clambering the spires of the Münster, and enjoying a fabulous lunch in a converted tram depot near the recently refurbished bear pits.

The old bear pits, which seemed almost forgotten by the city when we saw them on our last fleeting visit fourteen years ago, are themselves a museum piece now.  Today the bears enjoy a large, shady, open enclosure which tumbles down the hillside to the river, and includes a section of the water itself.  On a warm early summer day they were taking full advantage of it.  One might still question the value of keeping bears in the city like this – the Bernese probably wouldn’t – but it seems at least that the Swiss have turned their considerable resources to making life acceptable for them.

Getting a view of the city

The new digs are not too bad at all

To cool off, the boys splash in the fountains in the square outside the Swiss National Parliament building.  It’s great to see the local kids splashing around, having fun – adding colour to the dour, solid, reliable architecture of the parliament and the central bank.

Einstein and the ‘Beach’

Next day, while Prunella and the boys enjoyed a rest day, Graham and Regula took a trip to the Bern museum, which in this case features an exhibit on that most famous of former residents Albert Einstein.  Einstein spent many years in Bern, notably with the Patent Office, including his highly productive ‘miracle year’ of 1905.

Our heads swimming with this man’s complex biography, we stepped outside into the surprising thirty-odd degrees of afternoon heat.  The solution was swimming of another kind – a cooling ‘drift’ down half a kilometre of the Aare – all 16 celcius of it – as it swerves through Bern and under the gaze of the national parliament building.  We did this twice (once you’ve summoned the willpower to plunge in you may as well get your money’s worth), before lounging around and drying off among many similarly minded Bernese.

On Saturday the warm weather continued – a good opportunity to escape the heat presented itself in the form of a trip to the Bernese Oberland – specifically the Niesen, the ‘Swiss Pyramid’ mountain overlooking the Lake Thun.  Wincing at the price of the train ticket, we boarded the train and stepped out among the mountains.  A funicular mountain railway, the Niesenbahn, ascends the pyramid in two stages unveiling a first thick pine forest, and later open expanses of rock and wildflower covered meadow.  Emerging from the summit station, one is treated to awesome vistas of distant Interlaken and a range of snow capped peaks which includes the Eiger, Mönch and Jungfrau.

From a steep hillside a continuous cloud of paragliders soar into the blue sky, and on the summit itself sun-chasing Swiss of all ages admire the view.  We munch on a picnic  and watch the launches, some more successful than others.  On the summit itself locals admire the view.  Some have hiked up from far below; or ground their way up on mountain bikes, doubtlessly relishing the insanity of the descent.  In the meantime a busy cafe serves up drinks and food to happy weekenders…Switzerland in a nutshell.  The boys hurl snowballs at one another, HazMat guy pauses to admire the mountains and assess the risk.

The easy way up

Alpine wildflowers on the Niesen

Niesen – the view from the top

We queue up for the descent, and once again rattle and clank down into the forest.  On the train home, a conversation with Regula unearths another pleasant surprise – she has taken to expanding her collection of Single Malt Whiskies, and our services are required to test some recent acquisitions.

This week we’ve sliced south from Germany into Switzerland, like a knife through a Swiss cheese, sampling from a platter of the flavours along the way.  Very tasty. 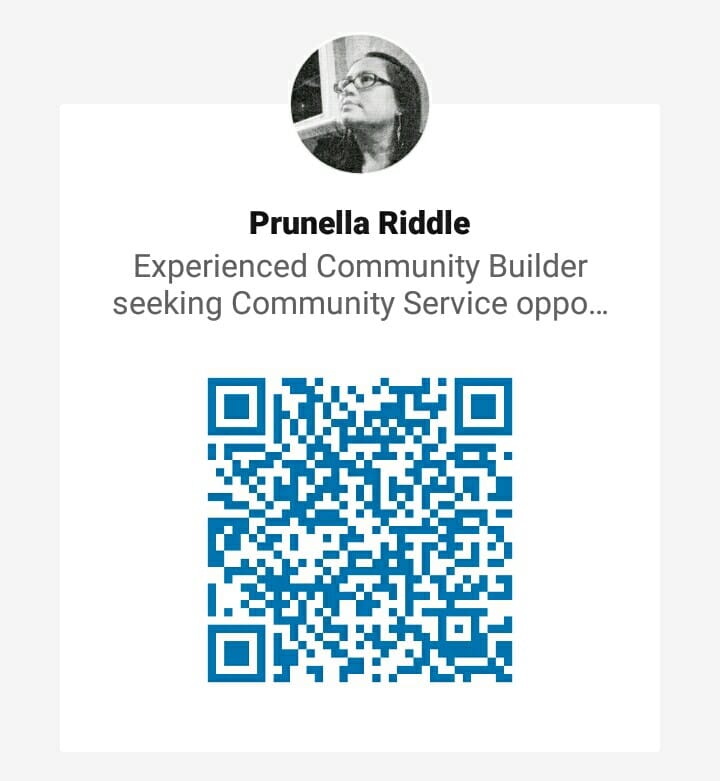 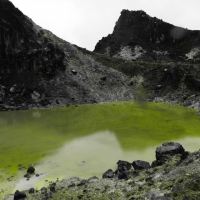 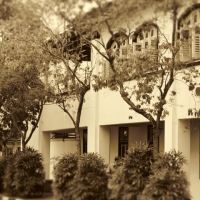 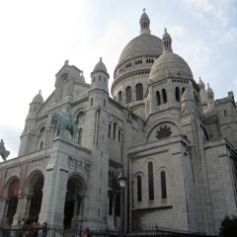 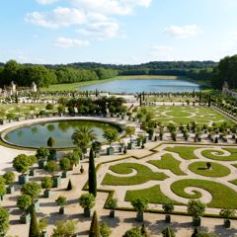 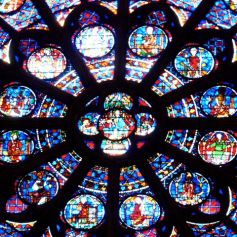 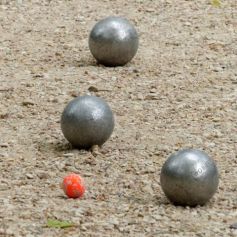 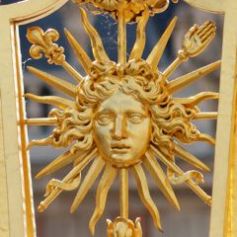 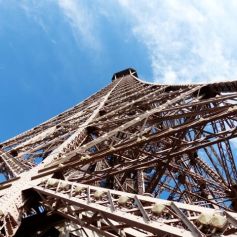 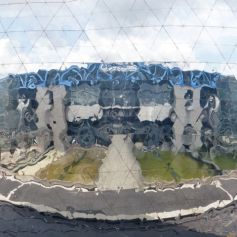 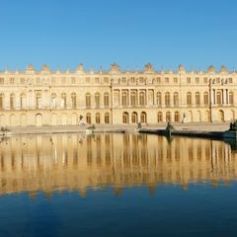 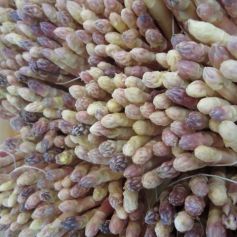 Around The World In 18 Years

A family blog about travel, adventure and dreams.